The makings of India’s e-mobility revolution

Electric mobility has come a long way since the first electric vehicle (EV) was launched two decades ago in India. Today, India is considered the world’s largest untapped market for electric vehicles (EVs); according to the NITI Aayog - the Government of India’s apex think-tank - India’s EV market could emerge into a US$152.2 billion industry, and this growth will be led by highly affordable electric two-wheelers and three-wheelers.

Sales of electric two-wheelers shot up to 5.6 times in FY22, while the electric three-wheelers saw a 100% rise in sales. Together, they will command an 80 percent market share by 2030, their affordability a well-crafted policy effort to make them the most attractive mobility option in their segment.

This growth is the outcome of a public-private sector synergy realized through sustained efforts by policymakers. Three years of policy efforts, including FAME II (Faster Adoption and Manufacturing of Hybrid and EV scheme, the Indian government's flagship EV incentive promotion scheme) and Product Linked Incentives (PLI, a scheme to incentivize manufacturing in India).

The government has thus demonstrated a clear understanding that EV adoption can synergize multiple governmental goals. First, jobs and growth. The auto industry, which contributes about 7 percent to India’s GDP, is a high-priority sector; it is the world’s fourth largest and is expected to lead the Asia Pacific Region , and is expected to create 65 million jobs by 2026 . Second, sustainability and fuel imports. When India committed to reducing its carbon footprint by an ambitious 45 percent at COP26, it spotlighted, among other factors, the prominent role that electric mobility would play in its energy transition. EVs can also enable the government to greatly reduce fuel imports and tailpipe emissions.

In a conversation with Edelman Global Advisory (EGA) India’s Head of Policy Research, Anand Patel, Sudhendu Jyoti Sinha, Adviser, Infrastructure Connectivity-Transport and Electric Mobility at NITI Aayog, spoke on the progress of e-mobility in India, the lack of FDI in the sector, the central role of sustainability in the e-mobility policy. Mr. Sinha is a key decision-maker with the National Mission on Transformative Mobility and Battery Storage.

EGA: Till a couple of years ago, one would think it might take at least five more years for electric vehicles to make their presence felt in the Indian market, but looks like they have already arrived?

Sudhendu Sinha: Initially, original equipment manufacturers (OEMs) had told us, “You are asking us to manufacture EVs, but who will buy them?” Today, India’s OEMs are at capacity in EV production. Tata, for example, is working on its second EV model, which will deliver 300 km on a single charge.

India’s EV journey is definitely in motion – but there is much more to be done. We need to address sufficient charging infrastructure, cost of finance, and accessibility, and offer consumers a lower interest rate. The Battery Swapping Policy must be evolved, and our policy must incorporate a battery waste management system and recycling into the system. OEMs must start looking at the international markets – Eastern Europe, South East Asia and our immediate neighborhood for exports.

“What would be the point of EVs if they only create another sustainability challenge? The Battery Swapping Policy must incorporate battery waste management system and recycling”

Sudhendu Sinha: In June last year, we had tweaked the FAME II Policy, after consultation with industry, government, and other stakeholders. Our review in April this year found that the government support for EVs has risen from 3.5 per cent to 30 per cent. This means that if 3 lakh vehicles are getting support from the government, we can expect that this support will help bring at least nine hundred thousand more EVs vehicles to Indian roads. A similar multiplier is seen in the case of three-wheelers. For buses, the multiplier is even higher – 12X, which means that 12 times buses have been deployed between 2021 and 2022. Government support has created a visible market shift. Today, EV brands are on a waitlist – ranging from two months to eight months. Consumers have a wide lineup of EVs to choose from, based on OEM, cost, behaviours, and other factors. Along with modification in FAME II, we also extended it by two years, but without increasing the incentives

Sudhendu Sinha: We went in for two PLIs for EV to enable demand-side growth. To strengthen the manufacturing base, we went in for the PLI scheme of the most cardinal thing - the advanced chemistry cell. These cells have never been produced in India before. Till now, we had been making rudimentary lead-based cells – we now want to manufacture advanced chemistry cells. The process for their manufacture began on June 9 last year. We have identified four OEMs - Jio, Hyundai, OLA and Rajesh exports - and have decided that manufacturing will be done on a giga-scale.

There were a lot of issues initially, but we wanted to strengthen our base and we wanted to become a manufacturing hub. We identified that we will be supporting 50 GW in the next two years. US $2.49 billion was marked by the Government of India for this. We told the manufacturers that we will give them two years to make all the changes and after two years, they need to roll out the cells and these cells must have the best quality; they must have localization. Four players have been selected for this programme.

India has the world’s most lucrative FDI policy, but if you want the Government's support, you must Make in India. Our aspiration isn’t to become the assemblers of the world; we want to be a nation of manufacturers.

EGA: If we look at the Battery Swapping Policy, it talks about commercial vehicles, three-wheelers are there but what about personal mobility, particularly four-wheelers?

Battery charging is creating new businesses and job opportunities. I was recently in Bengaluru and saw that a ‘kirana wala’ (shopkeeper) could earn Rs. 5,000 to Rs. 7,000 per month in additional income by renting some space around their shop to a charging facility.

The swapping model brings a lot of efficiency to two-wheelers. When I swapped my scooter battery at a charging station, I saw that everything was digitally controlled; consumers could easily see their charge differential and cost per unit, and everything was seamless. Batteries were swapped in three minutes flat - it was incredibly efficient. For private mobility, charging will take more time. My priority and the Government’s priority are two-wheelers, first, three-wheelers, second, buses, third, and aggregation of power for four-wheeler charging stations, fourth.

"India has the world’s most lucrative FDI policy, but if you want the Government's support, you must Make in India. Our aspiration isn’t to become the assemblers of the world; we want to be a nation of manufacturers."

EGA: What about foreign investment in EV manufacturing? What are the roadblocks?

Sudhendu Sinha: We have been encouraging foreign investment aggressively. In terms of incentives and Ease of Doing Business, India has the world’s most lucrative FDI policy. The only thing we are insisting on is the ‘Make in India’ component. If you want to enjoy the Government’s support, then you must Make in India. Our aspiration is not to become the assemblers of the world; we want to be a nation of manufacturers and are willing to close that gap. Certain skills or technology can be transferred through partnerships with global firms to augment India’s manufacturing capabilities.

EGA: Those pictures of two-wheelers catching fire, how big is the problem? What steps are being taken to address the issue?

Sudhendu Sinha: The incident has been received with serious concern, especially as it comes at a time when India is working towards expanding e-mobility adoption and access. A committee has been set up and experts are investigating the matter. OEMs are aware of the seriousness of the issue, and they have recalled their vehicles. Even a single failure among tens of millions of EVs will raise doubts in the minds of consumers. Every single incident must be examined and rectified, and that is what the Government is doing. Safety cannot be compromised. At each layer of the manufacturing process across assembly line stations, OEMs must add safety layers so that the entire product becomes safe.

EGA: On the sustainability part, you know how India is on the path to becoming a carbon zero country. When it comes to EVs, what solutions are we looking at towards the kind of e-waste that will be generated?

Sudhendu Sinha: I agree. What would be the point of EVs if they only create another sustainability challenge? In this regard, our deliberations on e-waste from EVs have concluded, and we are set to launch a battery waste manual soon. The manual identifies bringing circular economy approaches to Li-ion battery cars, which will be vital to their sustainability.

Sudhendu J. Sinha has spent 27 years in operations, infrastructure planning, coordination and management at field and policymaking, and has received multiple awards. His performance has been awarded twice at the national level by the Department of Administrative Reforms and Public Grievances, and the Ministry of Railways, and thrice by the Ministry of Railways. Currently engaged as Adviser, NITI Aayog (National Institution for Transformation of India), the Government of India’s apex think-tank, Mr. Sinha is a key decisionmaker with the National Mission on Transformative Mobility and Battery Storage and has played a vital role in end-to-end policy framework for transforming India’s electric mobility landscape. 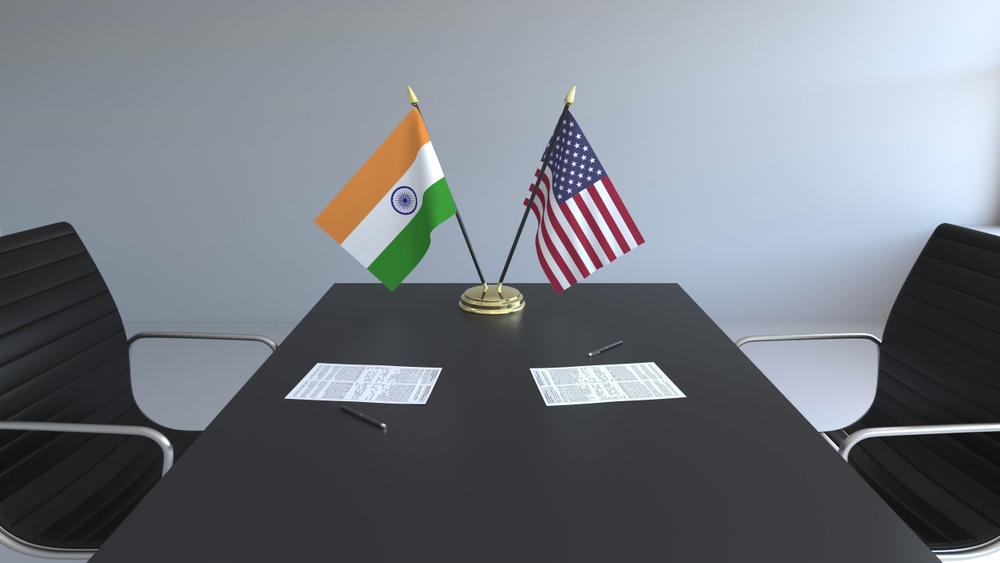 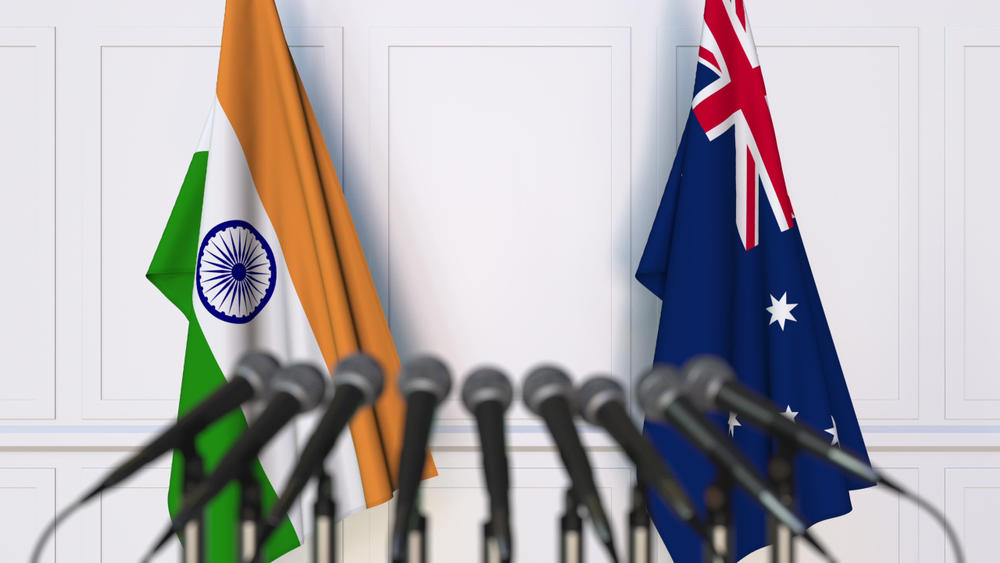 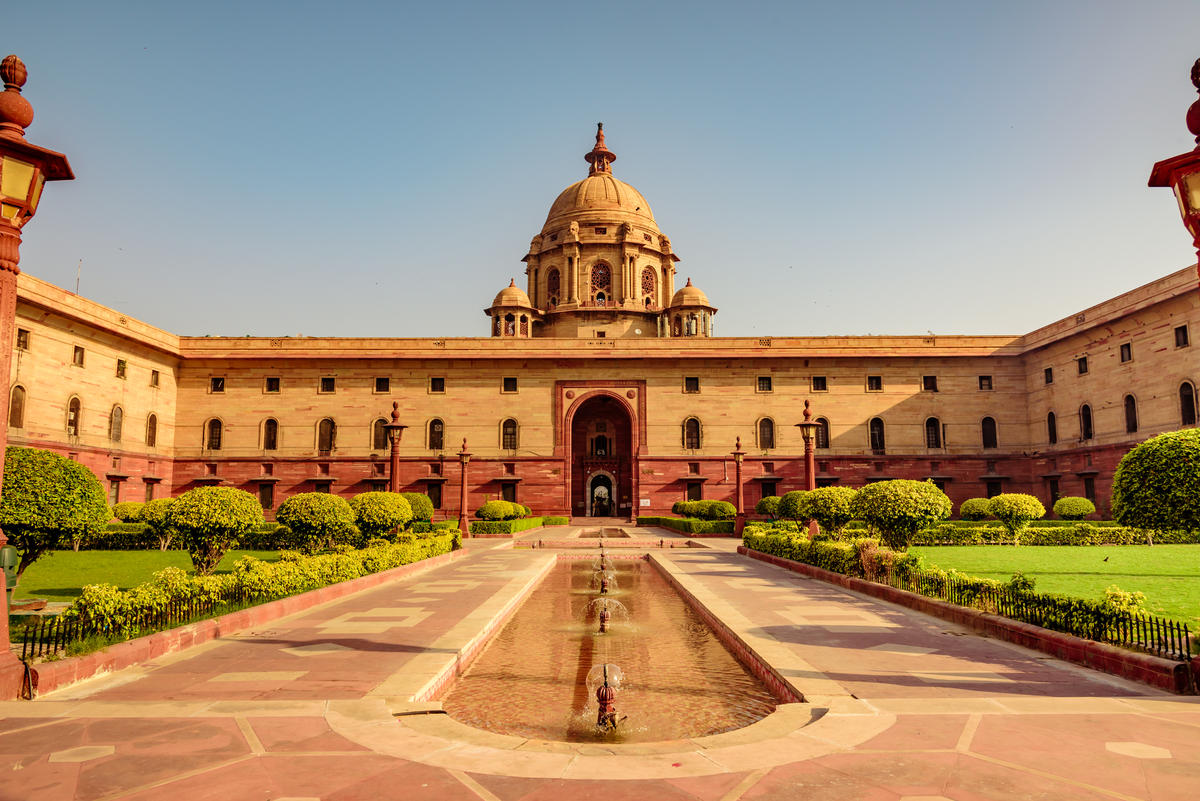 An Update on Cryptocurrency Regulation in India