The Advisory: Reflections on the NATO Summit: Implications for the Future

The June NATO Summit in Madrid, understandably focused heavily on Russia’s brutal War in Ukraine, and its wider threat to other countries in Europe. NATO had done so forcefully on several occasions before to underscore its determination to remain unified and stress its willingness to increase its defense budgets and weapons deployment to counter Moscow’s aggression. However, it also did something it had never done before. It placed considerable emphasis in its final document, NATO’s Strategic Concept, on China.

The Strategic Concept document included not simply a statement of its concerns about China’s increasingly assertive actions, and spread of influence, in the western Pacific. It portrayed China as a challenge to the global order and thus to the interests not only of its Pacific neighbors but also of Europe and numerous other countries as well; China, NATO stated, “strives to subvert the rules-based international order, including in the space, cyber and maritime domains.”

It underscored further that NATO members had concerns about Beijing’s “stated ambitions and coercive policies [that] challenge our interests, security and values.” NATO leaders particularly emphasized China’s “deepening strategic partnership” with Russia, and their sharing of views that were “counter to our values and interests.” It clearly saw this partnership as a broad global strategic challenge requiring an assertion of NATO's need to work together to counter it.

Many members of NATO have individually voiced serious and growing concerns about China. But this is the first time they chose the NATO Leaders Summit as a forum to voice them collectively. This was intended as a message to their own citizens, but also one to Beijing – and to Moscow.

However, powerful and direct as this message was, it was only a starting point. It is highly likely that, while NATO will not as a group play a military role in the Pacific—even though some of its members, especially the U.S., clearly are—it could increasingly recognize that on several subjects, such as those mentioned above, there needs to be a more intense and sustained dialogue among them, as well as policy coordination on specific sets of issues. These, while not directly related to arms deployment, have strategic implications in the NATO Area and the Pacific. They include, as noted above space, cyber and maritime issues. To this I would add issues related to strategic matters related to the Arctic Sea and to the so called Second Island Chain in the Pacific, where several European countries have political and territorial interests.

But while cooperation between NATO countries and America’s Pacific friends and allies is likely to increase, and collaboration to preserve and strengthen key aspects of the current global geo-political order are likely to be increasingly important topics for NATO, this does not foreshadow full collaboration or common perspectives in all areas.

It is important for the U.S., which pushed hard for such joint language vis-a-vis China, to recognize, as it doubtless did at the NATO Summit, if not before, that Europe is considerably more restrained in its language toward China than Washington and less assertive on military-related matters.

Moreover, the Asian Countries invited to the Summit (Japan, South Korea, Australia, and New Zealand) due largely to U.S. urging, were there NOT for purposes of working out a common military or strategic strategy with NATO members. And none anticipated or suggested that NATO would play a meaningful military role in the region for the foreseeable future.

They were invited there at the behest of Washington more to broaden membership in, and give support to, America’s broader geo-political strategy. This is to bring Europe and Asia together to forge a common bond among “like-minded” states to resist the rise of China’s influence in shaping the 21st Century Global Order and work together to counter it (and its partnership with Russia) on key matters that endangered Western interests.

However, most Europeans, for their part, while agreeing to NATO language stressing concerns about China’s threat to the Western-led, post-World War II Global Order, were not willing to label China as anything more than a strategic challenge. Several key NATO partners, especially France and Germany, objected to language describing China as a “threat.”

And there was no real expectation that NATO could agree on language that suggested a joint effort to contain China or suppress its growth. Many members’ economies are, in fact, more reliant on exports to China than to the U.S. and broad disengagement or decoupling are not an option. This, of course, is true for virtually every Asian country as well.

And in the end, one European precondition for the earlier, tougher language on China in the NATO document was that it also repeats what most European leaders often state individually: that NATO “remains open to constructive engagement with the PRC.”

The point of inviting Asian heads of State to the NATO Summit and of including language on China in the NATO Strategic Concept was not that NATO itself will play a strategic role in the Western Pacific or deploy strategic assets there. No one expected that and many NATO countries would strongly resist even putting this on the agenda. Nor do members see NATO as a primary institution for geo-economic collaboration between the U.S. and its Western European and Asian allies vis-a-vis China.

NATO so far is not attuned to coordinate policy itself or with Asian countries vis-a-vis China on most technology, strategic materials, and supply chain issues. But increasingly high technology (such as AI, Quantum Computing, cyber, digital technology) and advanced military weapons-related issues are coming together as the lines between them become much harder to determine. At a minimum many of these issues are interrelated. Thus, it would hardly be surprising if in the future NATO is forced to take up more and more issues where military and technology issues converge and give them a higher position on the agenda. And the closer China and Russia become, the more probable the prospect to NATO focusing on China’s technological capacity, its link to modern 21st Century weapons and broader security matters.

According to senior U.S. officials there is no evidence that China is selling military equipment to Russia for use in this war. But the intensity and the broadening of the China-Russia partnership is highly disquieting on both sides of the Atlantic. And thus, a natural topic for NATO.

And looking ahead, the U.S. has a strong interest in the decision in many European capitals to toughen up their military capabilities and support in Europe due to Russia’s aggressive actions in Ukraine and threats to other countries in the region. It may well be that this will support America’s role in Asia indirectly because by bolstering their military capabilities in Europe, they will allow the U.S. to deploy more assets in the Asia-Pacific region. This is yet to be seen, and unlikely as long as the Russians remain in Ukraine and pose a threat to other Europeans. Moreover, China would likely see any American pullback in Europe as a sign of weakness and lack of full commitment as would America's Asian allies. Furthermore, China for its part wants to strengthen ties and trade with Europe and doesn’t want to alienate it by becoming seen as too directly supportive of Russia’s war effort.

All told, this NATO Summit was likely just a starting point for becoming at least more aware of concerns of some about the future geo-political role of China (especially its partnership with Russia and how it manifests itself) and the need for a closer dialogue among likeminded North Atlantic and Pacific Countries who share a similar view of the future shape of the global political, strategic and economic order and are increasingly concerned by challenges to it. It also illustrates the wariness of many of the nations who attended the Summit about the closeness of Russia and China and the implications not only for Russia’s war in Ukraine but for the derivative implications of that war, and Russia's close ties with China, for other countries in Europe. The outcome of Russia's war on Ukraine and the level and type of China's relations with or support of Russia on matters related to the war will affect how several Europeans see China now and will in the future. The more support it provides, the more NATO will be inclined to focus future meetings on the various challenges of that partnership and more broadly of China.

On the other hand, many countries that attended, while fully committed to a Ukrainian victory and fearful of Moscow's future moves, would also like to see a negotiated solution if the war lasts a long time and casualties mount steadily. But they are also deeply mistrustful of Russia and deeply committed to work together to counter that current and ongoing threat.

Many also have growing concerns about China, but at the same time have argued for a constructive dialogue with it and for steps to deescalate rising Sino-U.S. tensions. So, NATO and Washington must walk a fine line in their geo-strategic approach based heavily on reinforcing their collective strength and their diplomacy. We are at the early stages of a complicated period and a potentially more dangerous one if Russia prevails in Ukraine and if constructive answers to future international security and cooperation to avoid future military confrontations cannot be worked out in NATO, in the Pacific, in other major forums and in America’s European and Asian Strategy – as well as in the halls of power in Beijing. 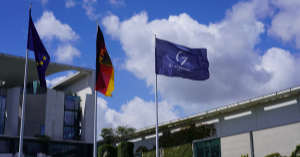 The Advisory: The recent G7 Summit: Tough issues and the biggest challenges for western democracies in decades 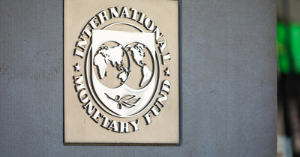