Alert on the Invasion of Brazil's Congress, Presidential Palace, and Supreme Federal Court

On January 8, key federal buildings were invaded and vandalized by protesters against the October election of President Lula, who took office on January 1.

Invasion of the Congress, Presidential Palace, and Supreme Federal Court

On Sunday, January 8, the Brazilian Congress, Presidential Palace (Planalto) and the Supreme Federal Court were invaded and vandalized by protesters against the election of President Lula, who was elected on October 30 and took office on January 1.

After the intervention of police forces, the invasions were controlled and buildings were evacuated between 8 a.m. and 9 a.m. Approximately 400 protesters were arrested. Yesterday, as protestors’ camps were dismantled in Brasília, over 1,200 additional arrests were made.

Monday morning, President Lula met with the three branches of power, which issued a joint letter stating that they are united in taking institutional measures and that they reject acts classified as terrorism, vandalism, criminal, and of a coup-like nature. Among those present were Rosa Weber, president of the Federal Supreme Court (STF), Arthur Lira, president of the House of Representatives, and Veneziano Vital do Rêgo, acting president of the Senate.

The 2022 presidential run in Brazil was polarized between former president Lula (2003–2010) and the sitting president at the time, Bolsonaro (2019–2022). President Lula was elected with 50.90% of valid votes (60.3 million votes), against 49.10% for President Bolsonaro (58.2 million votes). Since the election of President Lula, protestors unhappy with the electoral results have been conducting demonstrations, camping in front of army barracks and blocking of roadways.

Protesters stand for various causes, including the questioning of electoral results, the dismissal of part of Supreme Court Ministers and the partial or total dismissal of the Congress. Therefore, there is the underlying intention among the protestors to promote a situation of institutional and social chaos that would lead to military intervention.

This agenda was advanced throughout Bolsonaro’s administration, especially through direct confrontation with Supreme Court Ministers and by questioning the integrity of the electronic voting system, among other issues. With tight electoral results and with the silence of former-President Bolsonaro during the transition, protests against Lula evolved from generally peaceful gatherings to the acts of violence and vandalism in Brazil on January 8.

On January 8 at 6 p.m., President Lula issued a Decree to intervene in the Public Security of the Federal District. Ricardo Cappelli, Executive Secretary of the Ministry of Justice, has been appointed as intervenor. The Decree authorizes the use of the army and other police forces to contain protests in Brazil.

Senator Rodrigo Pacheco, president of Brazil’s Congress, called Congress into extraordinary session to address Lula’s decree. The session is expected to take place in the early hours of January 10. Deputies and Senators have been in recess since December 23 and were previously set to return to work in February.

Decisions over the Governor of the Federal District

The Governor of the Federal District, Ibaneis Rocha, responsible for the police forces in Brasília, has been accused of being negligent in the face of the violent demonstrations. In an act of goodwill, he dismissed the Secretary of Public Security of the Federal District, Anderson Torres, former Minister of Justice and Public Security from Bolsonaro’s administration, who was also accused of negligence.

However, Federal Supreme Court Justice, Alexandre de Moraes, decided late on Sunday to remove the Governor of the Federal District from office for 90 days. According to Moraes, Rocha “not only made public statements defending a false ‘free political demonstration in Brasilia,’ but also ignored all appeals by the authorities to carry out a security plan.”

The Attorney General’s Office (AGU) also asked the Supreme Court to issue an arrest warrant for Torres, who traveled to the United States on vacation on Saturday. Torres declared on Twitter that he rejects the invasions and vandalism of public buildings, and that he regrets the rumors about his connivance with the acts.

After the invasions and vandalism of public property, former president Bolsonaro took to his social networks to repudiate the accusations that he was connected to the invasions. He also published that demonstrations that invade and vandalize public buildings are outside the rule of peaceful demonstrations that are part of democracy. The former president has been in the United States since the end of December. After yesterday’s episodes, US deputies Alexandria Ocasio-Cortez and Joaquin Castro, affiliated with the Democratic Party, publicly asked on their social media for the former Brazilian president to leave the country.

The Governors Forum met on Sunday night to discuss the invasions of the three powers and decided to offer police forces to the central part of Brasilia. According to the federal government, the governments of Alagoas, Bahia, Goiás and Piauí are discussing sending police officers to the city. The President of the Republic met Monday with the governors and mayors of the capitals in an emergency meeting to address the repercussions.

Important allies of former president Jair Bolsonaro, such as his former minister and current governor of São Paulo, Tarcísio de Freitas, repudiated the acts. Rui Costa, Minister Chief of Staff, thanked Freitas for his collaboration, especially for cooperation in the monitoring carried out by the Secretariat of Public Security of São Paulo.

So far, all the governors, except for the governor of Rondônia, Marcos Rocha, have publicly expressed their reproach of the invasions in Brasília. Authorities of all powers repudiated the acts, including a joint statement released by Executive, Legislative and Judiciary leaders, defending democracy and stating that those responsible must be investigated and punished. The Office of the Comptroller General (CGU) has oriented the Executive and Public Agencies so that the employees involved in Sunday’s acts are investigated and punished.

The episode was featured in the international press, both in the online version and on the covers of printed newspapers around the world. The invasion of the three powers (legislative, executive and judiciary) was highlighted in The New York Times (USA), Wall Street Journal (USA), Financial Times (USA), Washington Post (USA), CNN (USA), El Pais (Spain), Le Monde Diplomatique (France), Le Figaro (France), The Economist (UK), BBC (UK), Daily Mail (UK) and China Daily (China), Clarín (Argentina), among others.

In addition, world leaders published positions condemning the invasion of the three powers on their social networks, including representatives from different sides of the political spectrum and from different regions of the world, including the United States, United Kingdom, Spain, France and several Latin American countries.

The order issued by the Supreme Court to the Ministry of Defense and the Armed Forces to demobilize all protestors camped in front of military facilities is being implemented. More than 1,200 protestors were arrested at these locations.

Telecommunications and social media companies are responding to an order issued yesterday by Alexandre de Moraes, Minister of the Superior Federal Court (STF). The expectation is that the operators provide records of who was in the area of the invaded buildings at the time of the protests.

Opponents of Bolsonaro requested that the Ministry of Foreign Affairs adopt measures so that the former president and former Minister of Justice, Anderson Torres, are extradited from the United States back to Brazil. Anderson Torres denies that he had met Bolsonaro or intentionally planned to go on vacation to Florida during the attacks.

Within the scope of the Legislative Branch, a meeting was held between party leaders from the Senate who debated the installation of a Parliamentary Commission of Inquiry (CPI) to investigate those responsible for the invasions and vandalism. However, it is likely that the commission will only resume working at the beginning of the new legislature on February 1 after the new representatives-elect take office.

The president of the National Congress published an extraordinary call for parliament to analyze the presidential decree that instituted federal intervention in the management of public security in the Federal District. The analysis of the decree should take place Tuesday.

Inquiries must continue. It is expected that more protestors will be arrested in the coming days, including those that funded the actions taken on January 8. After the federal intervention and the most recent judicial decisions, the camps of radical protestors began to be demobilized by the security forces in the Federal District.

Journalistic investigations and police intelligence indicate that there are attempts by these political groups to block roads and fuel refineries, aiming for a scenario of shortages in the country.

Protests in defense of democracy were called by social movements on Monday night in several cities across the country. 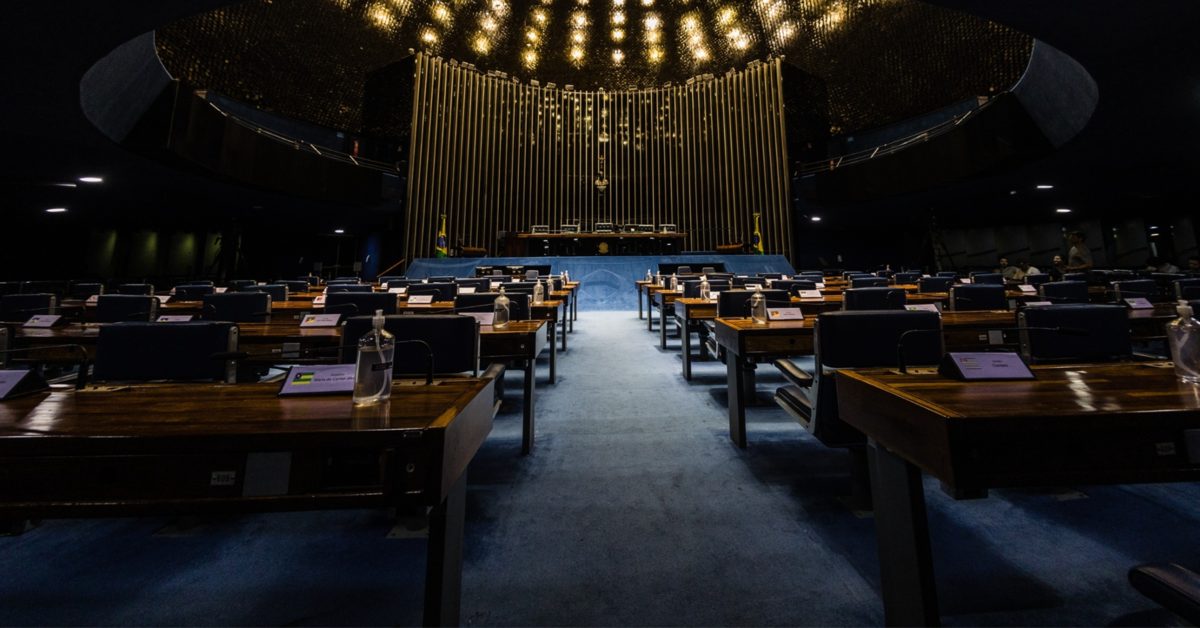 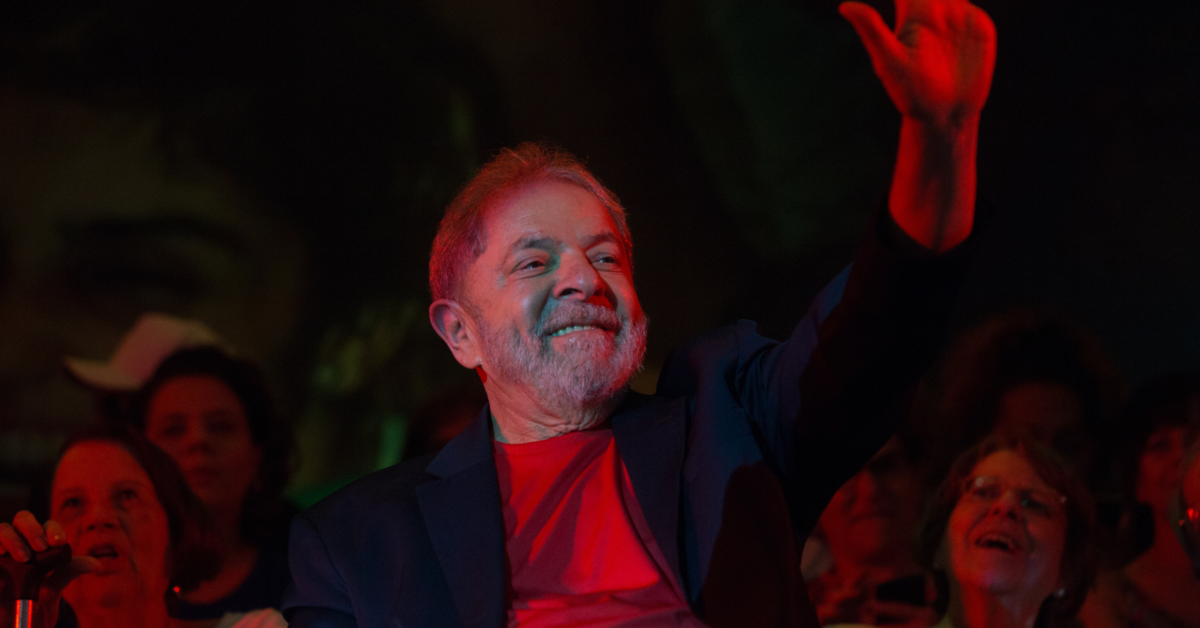 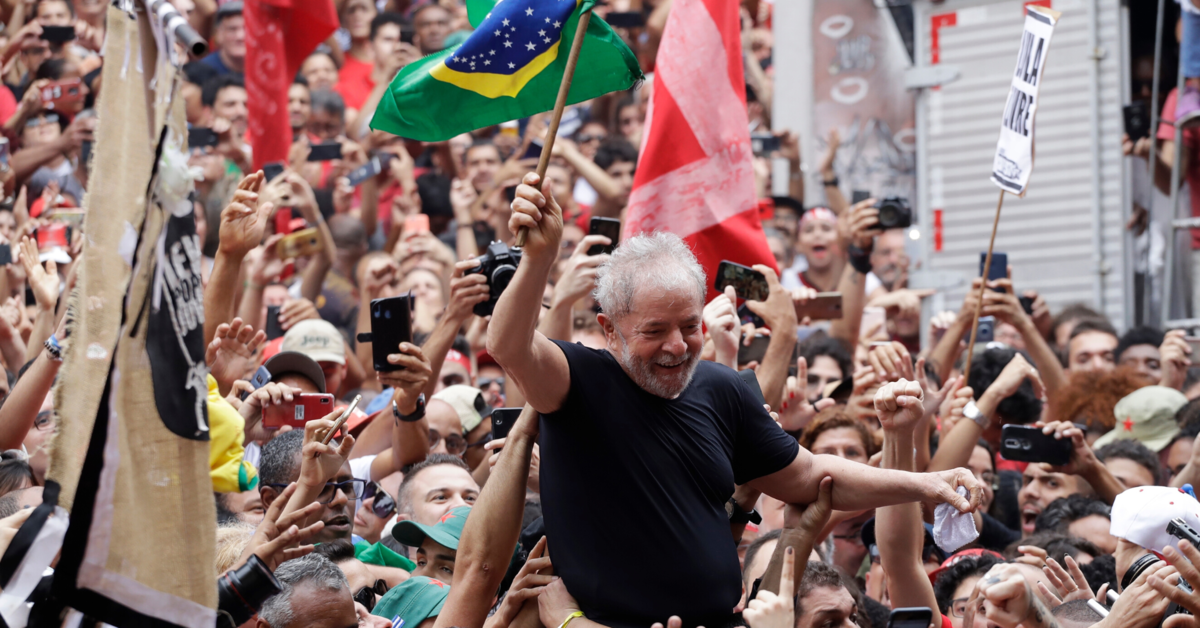