The regular revisions to the UK’s energy price cap were never intended to be front page news. When it was introduced in 2018 by the then Prime Minister, Theresa May, the cap was supposed to save consumers money and provide certainty on forthcoming bills. In 2022 the cap provides neither of those things. Instead, it is now only a regular indicator of just quite how bad the UK energy price spiral actually is.

Today Ofgem, the UK energy regulator which decides upon the level, announced that the cap for October to January will rise by £1,488 per year to £3,549 for a typical household. This is a 75% rise, coming on top of a 54% increase in April. Global wholesale gas prices were already steadily increasing but the current unprecedented inflation, as Ofgem points out, is largely prompted by Russia’s invasion of Ukraine. Whatever the cause the current increases represent the most serious energy price shock since the oil crisis in 1979. The UK, however, has been particularly hard hit as wholesale prices flow directly to consumer bills. According to the OECD energy inflation in the UK is 15 percent higher than elsewhere in Europe.

Recommendations to consumers on energy efficiency and how to use less energy can now only have a marginal effect on their bills. Price rises on this scale leave the public little alternative but to look to the state for support. The question is not whether Government intervention is necessary but what is the correct scale and mechanism for a state response. Some commentators now see the current energy price shock as a national emergency requiring intervention on the scale of the pandemic response.

Concerned Governments across Europe have sought to preannounce measures to reassure nervous bill payers ahead of the autumn and winter. In the UK, however, the forthcoming change in Prime Minister has delayed any formal announcements, with the outgoing Prime Minister, Boris Johnson, continuing to say that any major fiscal decisions must wait for his successor.

Moreover, state intervention on the scale likely to be required, does not chime with the ideology of Liz Truss, the frontrunner in the race to be the next UK Prime Minister or the current political commitments she needs to make to win the Conservative leadership race. So far she has, therefore, held back from making explicit the support she is likely to need to provide. Instead, she has made clear she instinctively disapproves of ‘handouts’ such as the £400 payment announced in May by Rishi Sunak, the then Chancellor and her opponent for the Conservative leadership. More aligned with the instincts of Conservative party members, Truss has focused upon the removal of ‘green levies’ from bills and the reversal of the National Insurance rise as the means to alleviate the impact. Neither measure, however, would have a significant impact on bills and the latter would have no effect upon those reliant on welfare.

Sunak has been keener to commit and spell out how he would help households. He has proposed a cut to VAT on energy bills and an expansion of the support he announced in May. As the Chancellor who delivered the furlough scheme during the pandemic, he has said that voters can rely on him to do whatever is necessary to support them.

Liz Truss has not committed herself in the same way but has nevertheless tacitly acknowledged that further support could be required, leaving herself the necessary leeway to do what is likely to be required in an Autumn fiscal statement or emergency budget. With a Truss Government focused upon the next 18 months as the window to secure an upswing in support before the next election, her team are already mulling over what more extensive support could look like. It is not lost on Conservative strategists that polling suggests that Conservative, as well as Labour voters, like Labour’s energy price freeze policy. And Labour are somewhat buoyed by the fact that they have form here. The party called for windfall tax on energy companies which the Government initially opposed, with some senior figures in Downing Street calling it “unconservative”. The Government then changed direction and adopted their own version of the windfall tax once it was clear it was a popular measure and allowed them to strengthen their response to rising energy prices. So a Truss or Sunak Government will quickly need to decide upon and communicate their alternative proposals.

Today’s announcement, and any solutions to address the price cap, are, however, only a part of the picture. The energy cap does not apply to business customers who have no protection at all against rapidly increasing wholesale prices. Many small and medium sized businesses are more akin to households and have little ability to buy energy in advance and hedge prices leaving them exceptionally vulnerable. Larger businesses also face a risk that industrial energy use may be curtailed if emergency demand reduction measures are required. Any measures which pause production may have a jobs impact and will risk permanent closures.

The public sector will also face the impact of rising energy costs without the benefit of the cap. Schools have said they will have to cut back on building projects and even current spending on staff. The NHS, already dealing with a backlog, will come under great pressure in the winter anyway, but Trusts will also have to meet the costs of higher energy bills and the additional demands for their services if the elderly and vulnerable are not able to heat their homes sufficiently.

The other challenge facing the next Prime Minister is action to achieve UK long-term energy security. Both candidates have talked up boosting domestic supplies and reducing reliance on international markets. Rishi Sunak has spoken about deregulating and driving up North Sea gas production and Liz Truss has set out her intention to reverse the ban on fracking for shale gas. Such shifts in current energy policy show that policy-makers understand the need to be nimble and dynamic in the face of current challenges and forego orthodoxy and political ideology if required. And this is happening globally, earlier this week Japanese Prime Minister Fumio Kishida said Japan would restart idle nuclear plants and should consider building new nuclear power plants, to diversify energy sources given soaring energy costs. This would be a major policy reversal as Japan has largely avoided nuclear energy since the 2011 Fukushima disaster. Whilst Germany’s political leaders seem likely to extend the life of the country’s remaining nuclear power plants and to restart coal plants to provide electricity through the winter – again, a significant policy shift.

What next: How to target support and who pays

Away from the Conservative leadership race the question for policy makers is not whether support will be needed for businesses and household but how it can be targeted at those who need it the most and how the cost burden should be allocated. Given price rises are likely to significantly hit the incomes of potentially as many as 20 million people the sheer scale of the problem means how to focus any support is the key issue. Liz Truss has stated her opposition to both providing universal support for consumers, as Labour has proposed, and to using a windfall tax on energy generators to fund it. Whilst funding targeted support paid for by borrowing might be the more likely outcome, the speed and ease of implementing a non means tested, furlough like support package, and the political expediency and populism of a windfall tax on energy generators (rather than energy retailers who are largely not making substantial profits), might mean both options remain upon the table.

Aware that Government hiatus is affecting their own reputations and increasing public pressure for a further windfall tax, energy companies have called upon the Government to freeze bills for two years. Companies like Centrica have also taken matters into their own hands and already announced they will directly subsidise the bills for a small number of their most vulnerable customers. More initiatives like this may follow as the pressure on energy producers increases. With prices set to stay high into 2024 the case for more significant Government interventions like the introduction of a social tariff will strengthen.

And with energy prices predicted to stay high for a considerable amount of time, resolving these questions will dominate the immediate agenda of whoever becomes the next Prime Minister, before they can get onto focusing upon their professed priorities of addressing the country’s long-term growth and productivity challenge. Indeed, how they respond to rising energy prices and the overall increased cost of living in terms of real-world economic and political impacts, is likely to be one of the defining issues of their premiership. 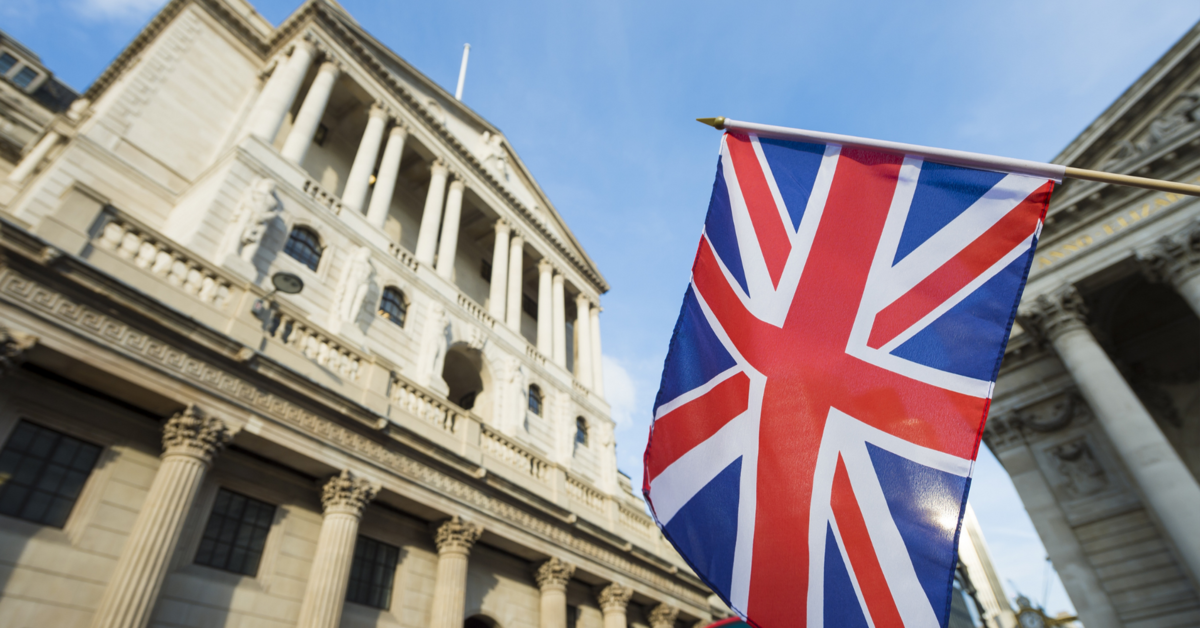 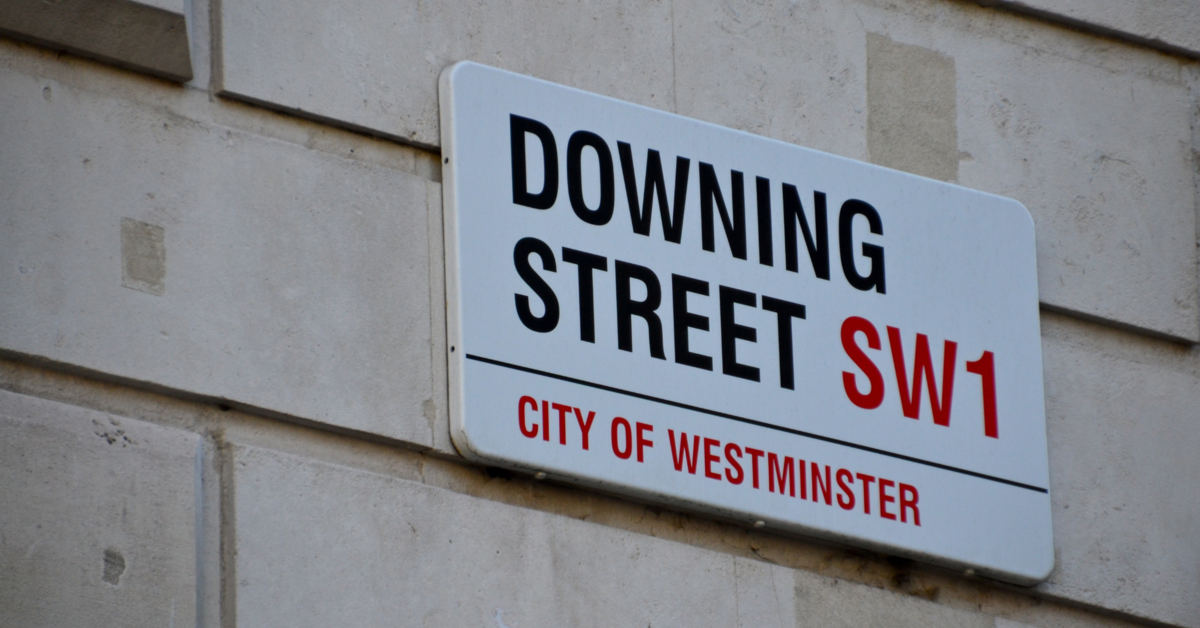 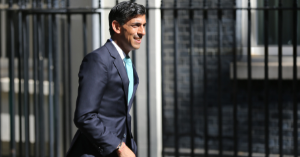